SOWING SEAGRASS SEEDS IN THE GREVELINGEN 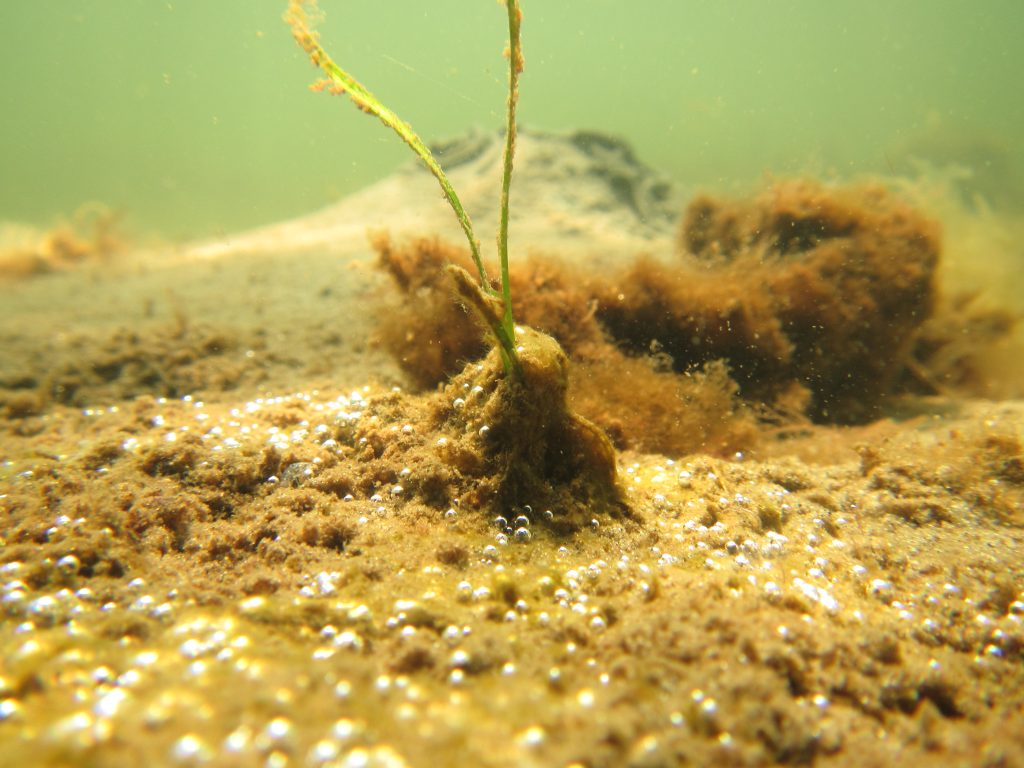 Counting Terns on Griend with an UAV

With the construction of the Brouwersdam in 1971, the connection between the Grevelingen and the North Sea was closed. As a result the lake slowly turned into a freshwaterlake. This prompted seagrass to explode across the Grevelingen. When however the connection with the Northsea was restored seagrass couldn’t keep up with the fluctuations in salinity, and completely disappeared.

Now that the conditions in the Grevelingen appear to be a lot more stable for Zostra Marina, we ran a pilot in which we sow seeds. The goal of this pilot was to: 1) see whether plants would grow from a seed 2) if the plants would start to carry seeds themselves 3) if they would spread the next year.

The seeding was done from a small raft which was attached to one of our boats. On this raft two people laid down. A modified sealant gun was used to inject a mixture of clay and seeds into the the sediment.

The results will be monitored this year, and should give insight in restoration changes of seagrass in the Grevelingen.